Based on a text and sketch by the ad agency I was comissioned to create a hand lettering illustration for the christmas campaign of Brussels' public transport system (STIB-MIVB). They wanted some little jokes included, the readability of the lettering was very important, as well as to create a simple but bold color concept. They commissioned me for a long text and a short text version, both flemish and french.

This key visual was used for posters, banners, inside of busses, trams and metro, ticket counters, at any stations in Brussles, online on their website, and a bilingual version for a christmas cards. 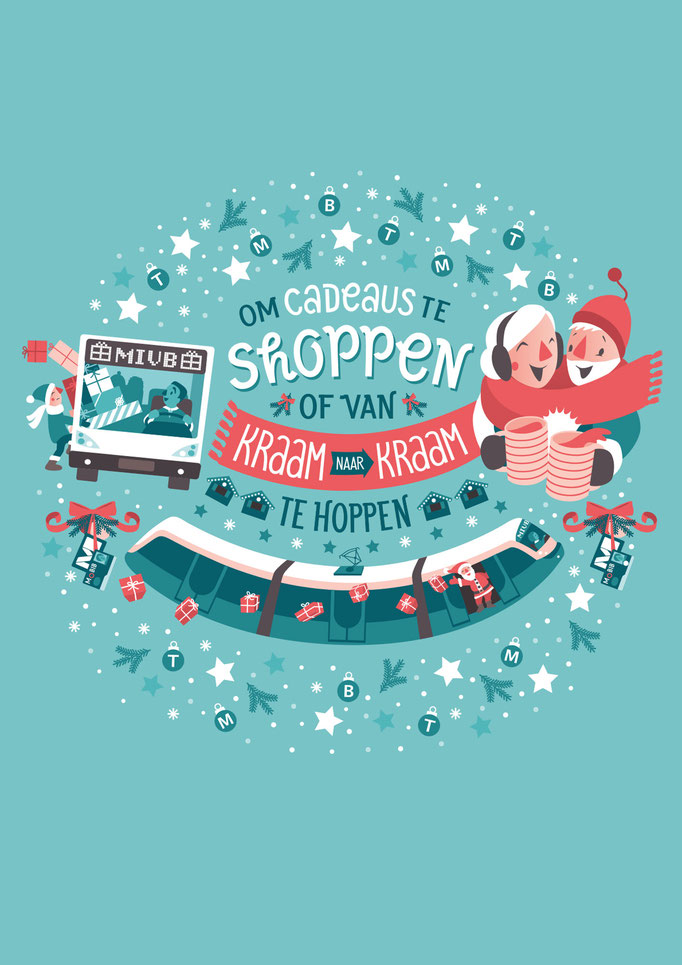 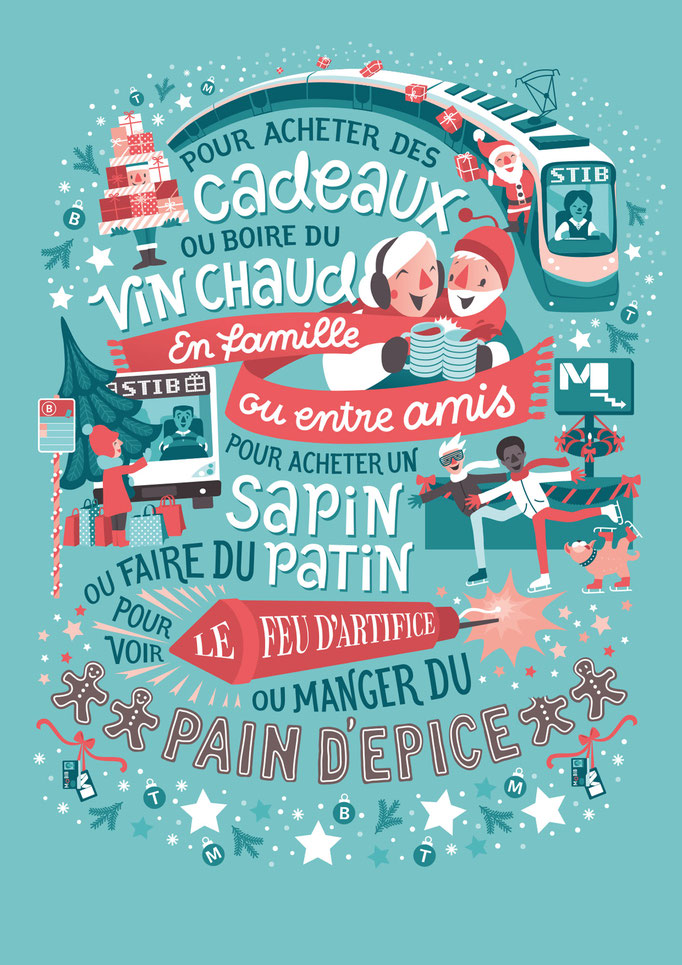 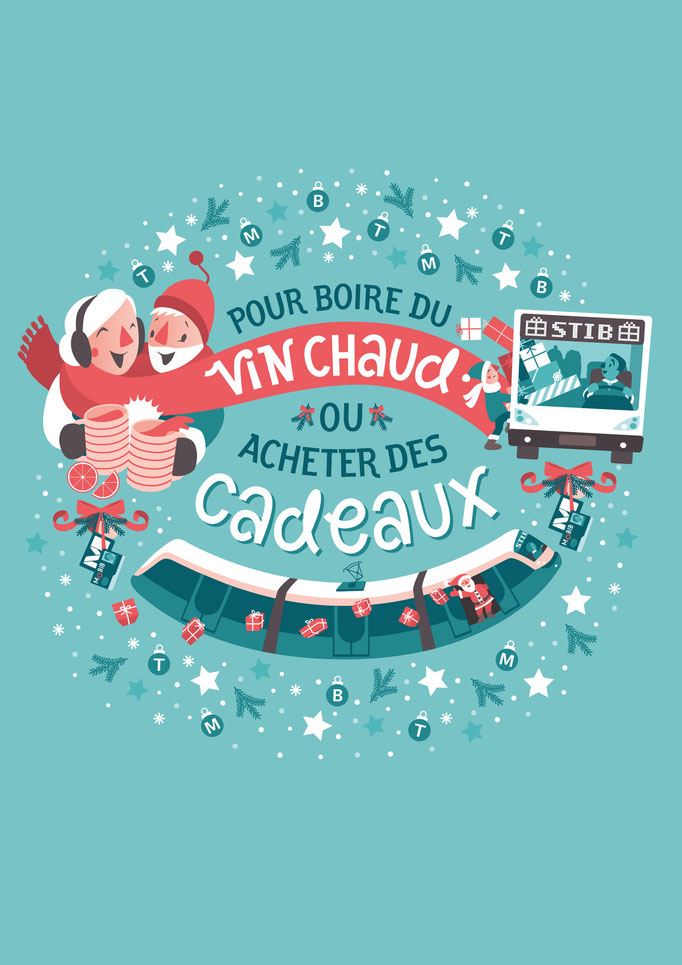 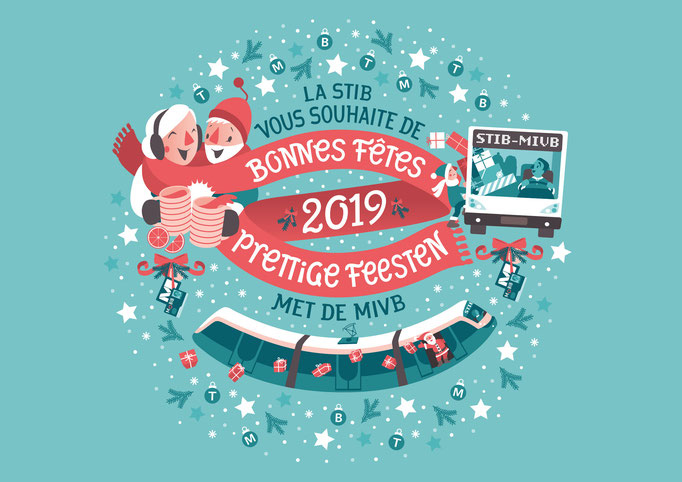 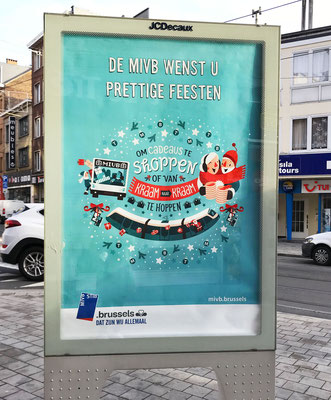 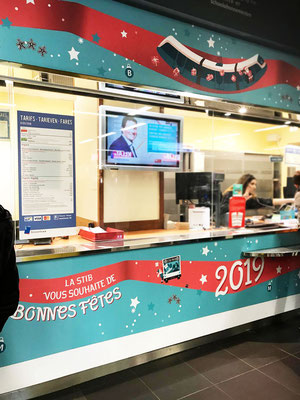 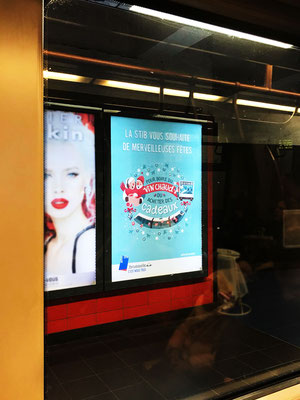